TAKKA: Good gin on the cheap 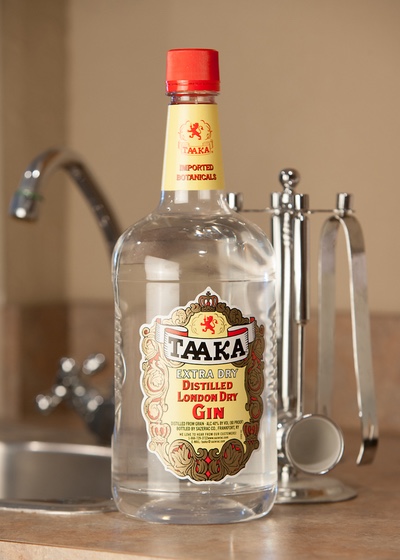 I do know that the Sazerac cocktail, which is said to be the first of all cocktails, was born there in the Big Easy by pharmacist Antoine Amédée Peychaud. I also know they are delicious and it in fact ranks as my very favorite non-gin drink. My second favorite non-gin drink is the Moscow Mule. But, we’ll discuss those at a later date.

Back to the Sazerac company. Their info says the New Orleans location is largely their administrative headquarters and they own various distillery sites around the country, including the Buffalo Trace Distillery in Frankfort, Kentucky where this lovely beverage is made.

Carry this large plastic bottle to a party and the other guests will likely think you are communicating one of two messages: a) I came here to seriously drink, or b) I left the good stuff at home so as not to waste good money and good gin on unsophisticated palates.­­

I must admit, our expectations for our Taaka gin tasting were subdued—based upon the incredibly cheap price ($14 to $16 for 1.5 liters) and of course, the plastic container (which comes with useful handgrips–great for hefting the bottle for a pour or tossing it to a friend forward pass style.)

Also, I found it literally on the bottom shelf of a Total Wine & Spirits in Florida, right next to other plastic enshrined gins we know are, shall we say, subpar.

But the tasting proved our trepidation to be unfounded.

What else is going on inside is a little tougher to grok.

It’s got to be coriander, and “brown” means a little dusty or earthy.

Quite smooth and yes, a nice juniper forward taste presented itself but did not overwhelem.

As a gin and tonic, Taaka easily makes the cut—a super-refreshing cocktail and one that we now say is a perfect choice for those who turned away from gin because a heavy-handed juniper presence, but want to know what real gin is supposed to taste like. 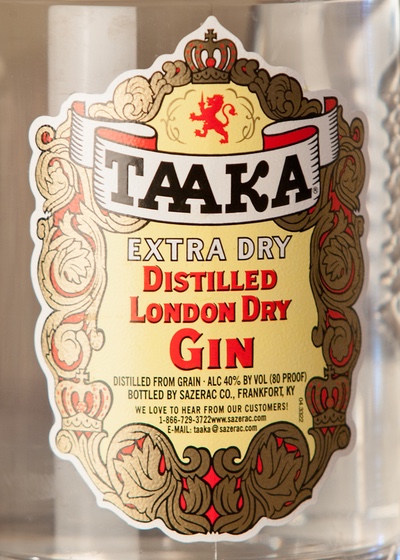 Taaka is not on the same level as Boodles or Bombay or even some of the more expensive boutique gins such as Aviation, Waterloo or Bluecoat.