Russ was confused…but it got better! 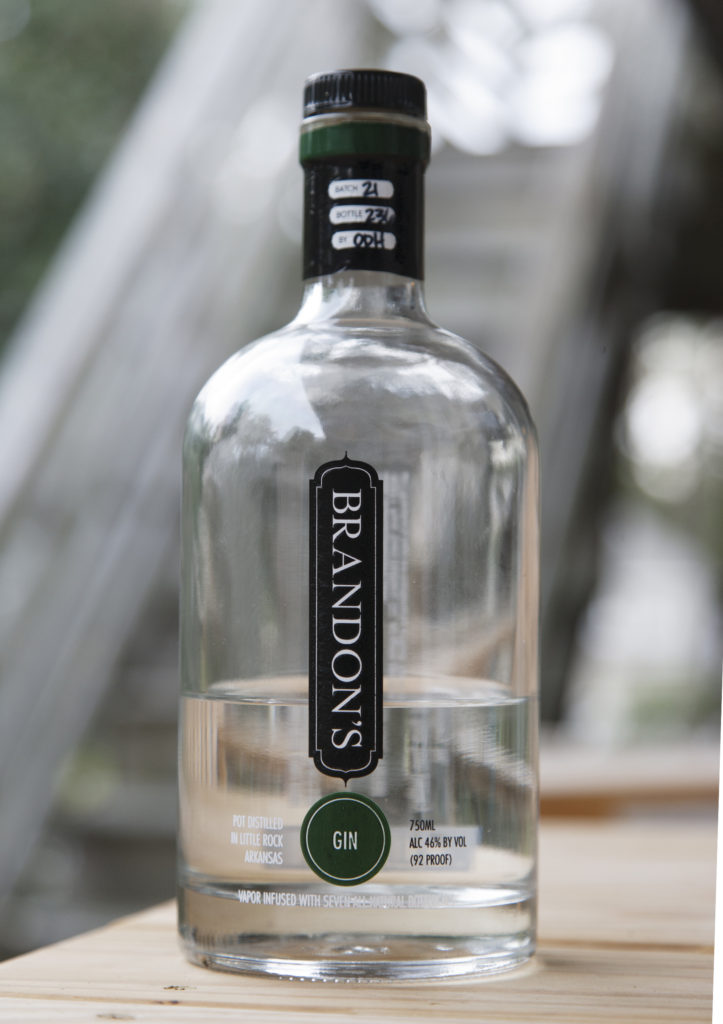 Photo by Jim Trotman…this is the bottle at the time we tasted….

The first time out, I wasn’t much impressed.
Out of the bottle and on the nose it seemed to have a chemical/medicinal aroma, with definite floral notes.
It was hard for me to detect juniper or other typical gin notes.
But we were at a party and there were other distractions, especially to the palate.
A week or so passed and there was still three-quarters of a bottle left, so I popped open some Fever Tree tonic, sliced up a lime and gave it a second shot.
Hmm. This time it worked. Better. Not awesome. But improved enough I’d try it again if I lived in a state that wasn’t a desert of alcohol selection.
The distiller’s notes say both tarragon and anise are present. I like both in small quantities, but they both can be bitter and maybe that is what put me off with the medicinal or harsher aroma.
This time I could detect some vanilla and pepper and juniper. The juniper was more subtle than I like, but it was no longer overly floral to my nose or palate and it held up well to the tonic and lime.
It was growing on me.
Hints of orange came through, and yes, cinnamon.
It’s not juniper-forward enough for me to make it top shelf, but it retains enough juniper and traditional botanicals to keep its gin street cred..and if I can ever find another bottle–a second try.
But it still falls a tad short of the kind of gin I’d recommend without hesitation.

For now, 3 of these cigar-smoking Prime Minister’s, which means you should try it and see for yourself!

The bottle then traveled to Jim’s abode…. 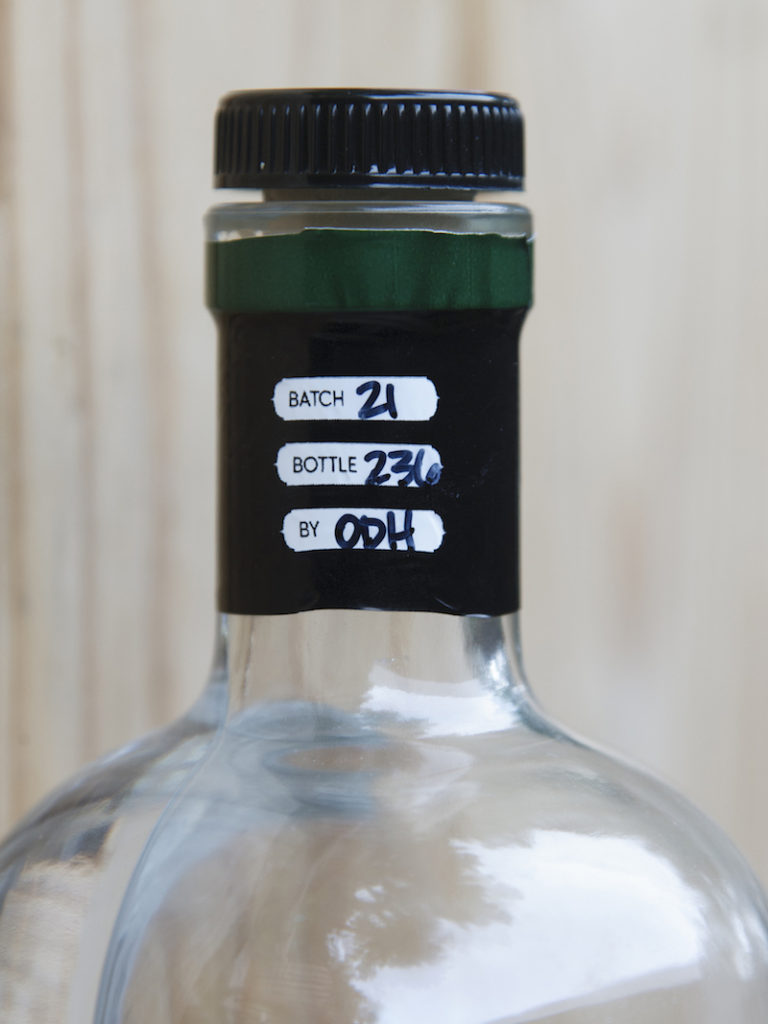 The batch and bottle # in case the distiller’s ever find our meager website! Photo by Jim Trotman

I must confess this is my second take on Brandon’s. At an informal get-together at Russ’s place last month, I sampled this Arkansas gin. I was put off by the smell, I didn’t like the taste and hated the aftertaste. Giving it a sniff, I got a nose-full of what I can only describe as medicinal. Like that mineral

At an informal get-together at Russ’s place last month, I sampled this Arkansas gin. I was put off by the smell, I didn’t like the taste and hated the aftertaste. Giving it a sniff, I got a nose-full of what I can only describe as medicinal.

Like that mineral smell you get from opening a bottle of vitamins…
But I went home with the bottle, to visit it again when in a proper reviewer mindset. Still, when I re-sampled it, I still didn’t like it. And I wrote about it. And I put it aside, with the notion to hand it off to Harold at a later date.

This Labor Day weekend, I found myself on Saturday with only about an ounce of my regular gin left and with the ABC store closed for Hurricane Hermine. How dare they?

So, while the winds were whipping, bending the trees to horizontal and whatnot, I reached for the Brandon’s bottle. And I deleted the previous review.

Now, I’m not totally reversing gears here, but I am making a slight turn from my earlier dismissive take. I willfully put myself in a floral, herbal mood to get past those first scents. Letting the

Apparently this os the new bottle as it is featured on the website.

I willfully put myself in a floral, herbal mood to get past those first scents. Letting the gin linger awhile on the tongue finally let the juniper come forward, but with a wicked heat. After four sips over ice, I decided this was a gin that begs one to explore the complexity of its botany. It is work and for some people, it may be worth it.

I’ll hand it to the folks at Brandon’s, this is a gin that will challenge you. All in all, the long lasting aftertaste, for me anyway, will prevent me from giving this one a thumbs up. Seriously, fifteen minutes after my last sip, and it is still there.

But I think very many others may actually like that sort of thing so I’m not going full negative here.

Don’t worry Harold, there’s still plenty for you to try left in the bottle.

Harold liked it too–even without noticing any juniper!

I like Brandon’s!  Who would have thought a good gin would be made in Little Rock?!?

The initial cork pop scent is a combination of fruit, cloves, cinnamon and other spices.

From a shot glass, it was pleasant, smooth, (especially for 92 proof) and a little spicy—interesting enough that I tried more, and liked it more.

On the rocks, plain (my normal) it was really nice – not traditional gin tasting but pleasant and very smooth.

I can’t decide if it’s more flavored vodka-like or a really smooth gin like Boodles, although Boodles is clearly more distinctively gin.

I liked it so much I never added tonic.

Although I detected no Juniper, but a lot of fruit and spice flavors, they balanced well,  and I could drink a lot of this one!