Strathearn Classic Gin–What is Scots for “this stuff sucks”?

Price: Not sure, and likely will never try to find out!

Thanks to my sister bringing this gem back from Scotland, we were quite sure we had the only bottle of this stuff not only locally, but perhaps in the entire state.

My one prior experience with Scottish gin was Hendrick’s, which was one of the first-ever non-traditional gins that drew me in like a moth to a flame. I could appreciate, even become effusive about cucumbers and juniper as gin botanicals.

Since Strathearn was labeled “classic gin” and Scotland is a hop, skip, and a jump from England, where gin rules, I figured our sample would really be a classic gin where our palates would be tested to see what botanicals they snuck in under the juniper radar.

Instead, a quote from an old Monty Python album serves best to explain this gin:

And so it was, at a party, we pried open the 20 cl bottle and kept nary a record, note, or comment for posterity.

Our only clues on how the gin fared that night was the fact 90% of the contents were still in the bottle—never a good sign following one of our neighborhood gatherings, and a vague recollection of the group not quite loving it.

And so we trotted out our near virginal bottle for a second round—but this time, clever boys that we are—we kept the camera rolling.

And right off the bat I could identify a taste… 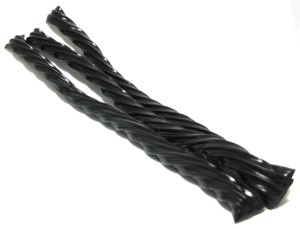 ..with a hint of citrus cough drop sans the menthol or eucalyptus.

Don’t get me wrong.

It’s a lovely drink, especially over ice or mixed with tonic water, where it transforms into quite a tasty liqueur—maybe a little like ouzo or Sambuca-but milder.

In fact, on one gin web site a reader commented, “My wife doesn’t like gin, but she loves Strathearn.”

Which I suspect is true because Strathearn isn’t gin in any sense of the word. In fact, it’s the worst attempt at creating a traditional gin that doesn’t taste like gin we’ve ever seen.

Whether it’s anise, fennel, or both, there is no mistaking the licorice taste of Strathearn, and right as it passes over the back of your tongue, just the slightest hint of citrus.

But if you’re looking for Jaeger Lite, this might be a choice.

Review and Photos by Jim Trotman (except where obvious)

It was about a week after our “official” tasting of Strathearn Classic Gin when it hit me like a bolt of lightning. The flavor sense that I couldn’t quite place at the tasting finally connected with the item that was, metaphorically and actually ,on the tip of my tongue.   I was headed over to Russ’s house at the time. I bounded up the stairs, my heavy footfalls sending his cats into hiding. He let me in. Breathless, I swallowed… stood back, forced air into my lungs and blurted it out. 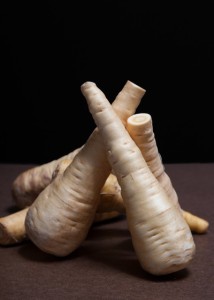 He laughed. “What?”   “Parsnips! Bloody parsnips! That’s what I had been trying to place with the Strathearn!”

He poured me a drink.

Now, I have no idea if that beige, pungent, carrot-cousin is actually used in the distilling of Strathearn gin, but if I were to learn it was, I would not be surprised. 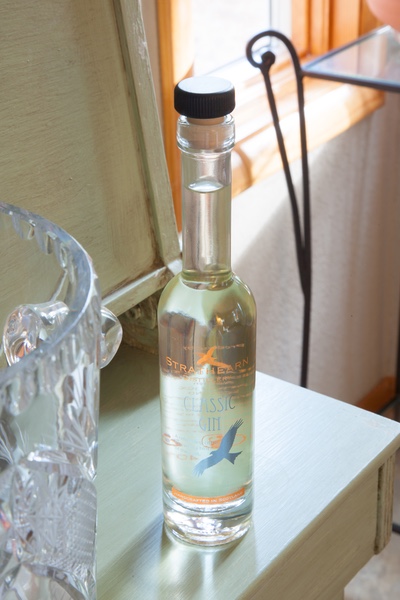 Now, I like parsnips. I like turnips too. Any Scot-descended person knows “neeps ‘n tatties” are the only proper side to Haggis. Well, parsnips are like a cross between a turnip and a carrot, with another whole nutty factor on top.   It may have been a confluence of the anise and lemons and grapefruit that gave it that parsnippy tinge I was detecting. Maybe not. I’m a little suspicious.   Okay I have become real suspicious of any gins that come in tiny 350 ml bottles with a hefty price tag, but that’s from experience born of sampling Russ’s gin collection.

Right away though, that anise, fennel flavor drowned out any chance of a juniper not showing up. Juniper may be there but it is far down in the mix so as to be an essential no show.   And as for the Scot thing, I so wanted to like this. After all, if it’s nae Scottish, it’s crap, right?

But this one just isn’t my mug o’ joe.   I have to say I did enjoy their website. You have to love a distillery so small they can make you your very own cask of whisky.   On the site they describe the gin as a “new style gin” with added elements of zest, herbs and spices combining a hint of Italian lemons and Spanish grapefruit with a suggestion of kaffir lime leaves and star anise. Great in cocktails or on the rocks with a slice of pink grapefruit.”  I wish I had known that. A slice a grapefruit might have turned the key for me.  Still, if it is a “new style gin” then why did they go and call it classic?   Oh, hey, it’s that Scot sense of humor. They got me. They yanked my sporran, for sure.