The GrabOpener: Another cool gin (or other beverage) accessory

A few years ago I was attending the Outer Banks (NC) Brewfest in Nags Head, NC.

While the two dozen craft brewers from North Carolina and other nearby states were the primary reason I attended, the vendors offering other products from koozies to Yeti-style drinking vessels are also some of my favorite stops.

And that is where I found the GrobOpener, a pretty novel tool for prying off bottle caps as well as stubborn flip tops on cans.

But let’s be realistic. This is a bottle opener we’re talking about, and at around $16 a throw, it’s also an extravagance.

Most of us who have a serious interest in beer probably have a ton of bottle openers in that kitchen or bar junk drawer, including some novelty varieties from bars and breweries.

And in a pinch, most of us have used flathead screwdrivers, slots on the wheels or hubcaps of cars, a counter ledge or even a ring on your finger if strong enough.

And yet, the GrabOpener is still a pretty cool tool.

Its design utilizes leverage in such a way that a bottle cap can be dispensed with using only one hand for the entire operation. And the tab under the hole where the index finger goes can be used to get under and pry open those tabs on cans, particularly useful for those who keep their fingernails short and have trouble prying some of those tabs upwards. 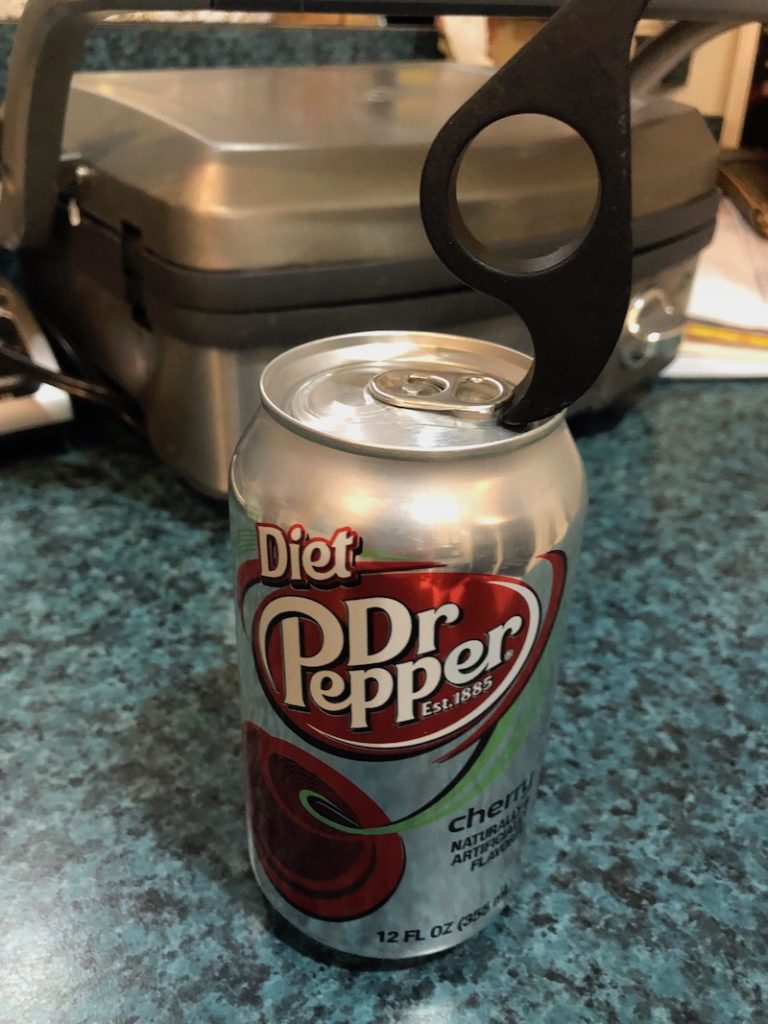 The GrabOpener also comes in six colors for the $16 basic model. For $20 there are two colors with a scratch-resistant coating and if you upgrade to the $30 version, the prying mechanism is steel-toothed, guaranteed to open, I suppose, titanium bottle caps with ease.

You can even find a special edition pink version with the breast cancer symbol on it that is no longer available. I found one on eBay and when originally offered, a portion of the proceeds was donated to breast cancer research.

The openers are magnetic, allowing them easily adhere to the fridge or any other metallic surface. The magnet also holds the bottle cap to the GrabOpener, reducing litter and easing disposal of that which separated you from your beer, soft drink or in the case of my video, a fancy-schmancy bottle of tonic water.

Do you need a GarbOpener?

But it’s a fun little device and like the gin & tonic diagram glasses we featured last month, a great conversation starter.

Their website can be found at https://gropener.com/collections/gropener and they are also easy to find on Amazon and at craft beer shows and specialty beverage shops.