Is Russ a gin expert? 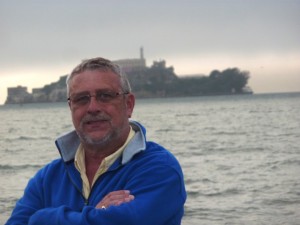 The answer to this question is simple–no.

Most writers of books, magazines and web sites that review beer, wine and liquor possess some pedigree in those fields–sommeliers, bartenders and mixologists, craft brewers or mixologists–you get the picture.

I’m not that person. I just happen to have chosen gin as my favorite beverage in the spirits category.

That’s not to say the two of us are bereft of qualifications to opine on such matters. In fact, we’re as qualified to write about gin as Rush Limbaugh and Keith Olbermann are to claim the mantle of political pundits.

My journey on the road to gin is fairly simple.

Like most young males, I started with beer, but something in my slightly OCD personality compelled me to seek out and try different beers.

In those days, the U.S. beer scene was populated by regional beers, (not to be confused with microbrews) that were almost always lagers, but possessed slight differences in hops (again, nothing similar to the massive differences in today’s “hop” revolution where there seems to be competition for the most bitter beer possible combined with the highest alcohol content.)

In New Jersey and parts of NYC, Rheingold lager held the top spot in beer sales.

In Detroit, Stroh’s lager was a regional favorite. There was Hamm’s and Grain Belt in Minnesota, Knickerbocker in New York State, Genesee, Reading and Iron City in Pennsylvania, Lone Star in Texas, Dixie in New Orleans, Olympia and Rainier in Washington state, National Bohemian in Baltimore. Peter Hand in Chicago and in city neighboring my adopted hometown— Regent Beer in Norfolk, Virginia.

And many more. I tried as many as my resources would allow.

I ran through vodkas and found the spirit to be boring.

While it mixes well with just about anything (similar to Southern style clear whisky or “moonshine”), vodka has no particular taste to me. It comes across as either a harsh or smooth “heat” note, but as a standalone, it lacks.

As one who spent most of his life in the South, raised in a military family, I was introduced early to clear whisky, moonshine in all its flavors (love applejack), bourbon, Scotch, rye, Canadian blends.

It took a very long time (say, three decades) for me to really appreciate those beverages, but once again, my OCD kicked in and I began to seek out as many versions of brown liquor as possible and have discovered my favorites in this category.

I spent most of my youth and young adulthood in Virginia Beach, and in beach towns tropical drinks reign supreme (alongside very cold beer).

Those youthful beach days are where I learned to appreciate tequila and rum–and I was happy throwing back shots or enjoying them mixed as margaritas, rum runners, or other tropical concoctions–the colder, the better. 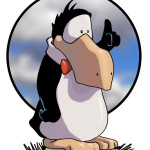 When I tripped 40 on the age odometer, I discovered wine at about the same time my banking career took off. At this time I was in Atlanta and “wining and dining” clients was a must–and the host was expected to match the wine with the menu.

I still love wine and the infinite combinations of the aforementioned variables makes for a lifetime of experimentation.

All of which brings me to gin.

From my first experience, in a gin and tonic, I found the spirit to be refreshing–I loved the juniper forward style of London Dry gins and the manner in which different distillers varied the other botanical ingredients (anise, cardamon,orange zest, cassis and more) to blend with the juniper.

As a citrus lover (what Southerner doesn’t love lemonade or limeade?) the splash of lime was an added attraction in the G&T. 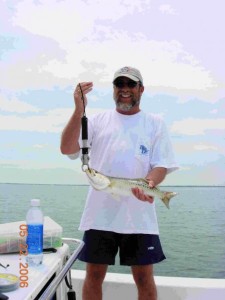 Sitting on the beach or in an al fresco pier or oceanfront bar, gin hit the spot.

Beer, with all its carbonation can become “filling” in short order.

Vodka takes on the taste of whatever it is mixed with–back to boring.

Tequila and rum can hold their own–neat, on the rocks, chilled and served in a shot glass, or mixed–but gin and tonic on a hot, humid, clammy Southern beach day is refreshing and the botanicals provide a distinct flavor profile.

Whether neat, mixed, or on the rocks-red wine and whisky derivatives are just too “hot” for me to enjoy during a Southern summer.

So, on hot days it was beer or gin.

I have now been drinking gin for almost 40 years and I have sampled virtually all of the standards–mostly the juniper forward London Dry style gins, which was what was available in my day–from the cheap Aristocrat to the allegedly top notch Bombay’s and Tanqueray’s.

Rum came next and finally–gin.

There are literally over a hundred boutique gins available in America alone.

The gin revival resulted in previously unknown, but long time producers in England to begin to export their output–names such as Bulldog, Fifty Pounds, Boodles, and Plymouth are now more commonly available in the U.S. 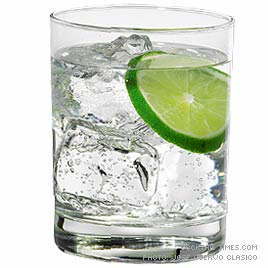 It didn’t take long for the Netherlands, France, Scotland, Germany and other nations to begin to export their long-standing but little known gin labels.

The bottom line is that in 2014 there are more gins out there than the two of us will likely be able to sample in our lifetime.

Some of these boutique gins, especially those based in the U.S. will fail to survive for any number of reasons, but others will continue to come online until the new gin market stabilizes.

One thing is certain–Bombay, Aristocrat, Seagrams, Tanqueray, and Booth’s will lose market share to these upstarts, and a few new labels–Aviation, Bluecoat, Hendricks, New Amsterdam, Citadelle, 209 and a few others are already carving out the same niche in gin that Dogfish, Sam Adams, Sierra Nevada, and Widmer Brothers were able to do in the beer industry–hitting a critical mass that will soon move their market from local to regional to national.

Certain;y your Gin Gents are enjoying this Renaissance of Gin, especially the tasting part.

So why not share our thoughts on these new gins with y’all?

And below, a short bio on Russ…

I am qualified to write about gin because a)I love it, and b) while Gin Gents may one day seek advertisers, we have no problem calling them like we see them, and c) we’re just like you…not experts, but able to determine if a gin we review truly sucks, has potential, or blew us away. 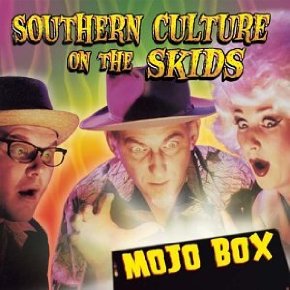 And since both us admit to a love of traditional juniper, London Dry style–which right now we thing is best represented by Boodle’s gin, you know our bias and every review will remind readers of our bias.

Russ has a B.A. in Political Science and a M.A. in International Studies–both obtained as Old Dominion University in Norfolk, VA.

He spent 30 years as a commercial banker and retired from that industry in 2008.

He is also a full time instructor at College of the Albemarle and teaches courses in Microeconomics, Macroeconomics, American Government, International Relations, and State & Local Government.

For my poossible “brothers” out there, Russ is also a member and Past Master of Manteo Masonic Lodge 521, the New Bern Scottish Rite Valley (32nd degree), the Elizabeth City York Rite bodies, the Royal Order of Scotland, and the Sudan Shrine Temple (NC). 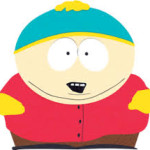 If you like the Outer Banks of North Carolina, its politics,beaches, restaurants, and lifestyle— visit www.obxvoice.com to discover more!