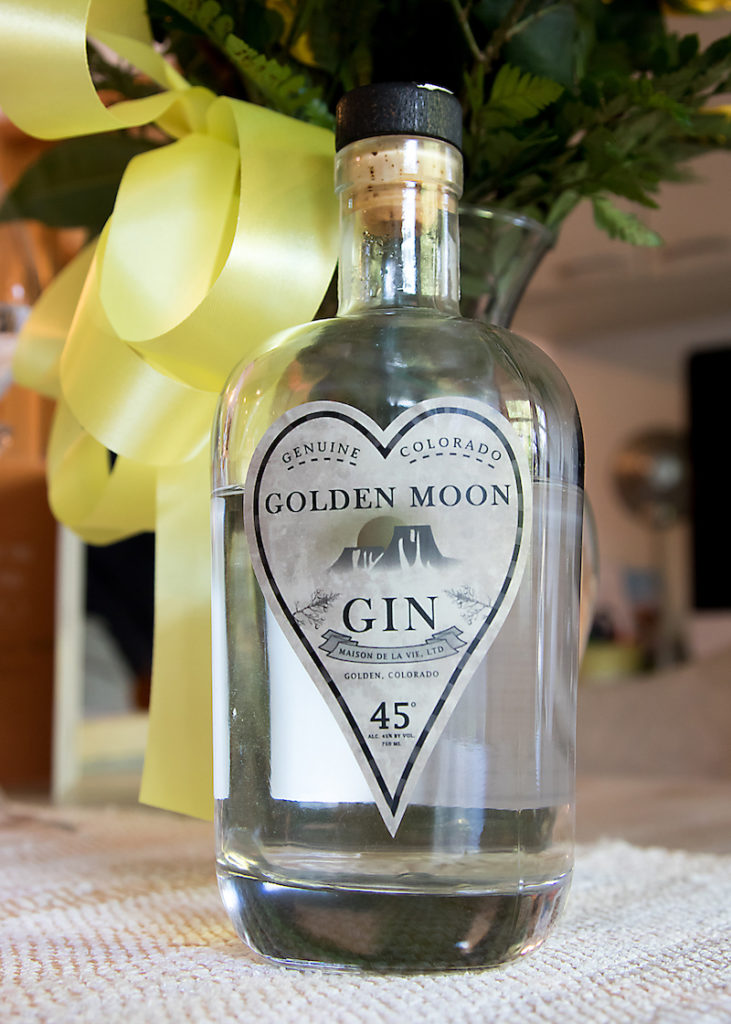 There was a time, way back, when I was much more interested in rocks than anything else and was considering applying to the Colorado School of Mines for college.

There, young budding scientist and geologists are groomed to become those imbued with special expertise in the development and yea, even stewardship, of the Earth’s natural resources.

Then I picked up a camera and the dream changed. But back to Colorado…

The Colorado School of Mines is in Golden, Colorado. Golden is also home to Coors Brewing Company, the Colorado Railroad Museum and is the birthplace of Jolly Rancher candies. What’s not to like?

It is a dandy spot of real estate. Interestingly, though it was settled during the Pikes Peak Gold Rush in the 1850s, it was named, not for the yellow ore, but for one Thomas L. Golden.

It is located west of Denver and is notable for its two table mountains, forming its eastern boundary. The moon rises occasionally between these plateaus and the appearance gives rise to the charming term, “Golden Moon.”

The town motto is “Where the West Lives.”

Sadly, it is also Where Gin Dies. This is because when you open a bottle of Golden Moon Gin, born of that esteemed locale, you are met with a scent-rush of funeral flowers.

Now, Mom always said that if you can’t say something nice. Don’t say anything.

Well, I can say the label is pretty great. It is heart-shaped. We all love the heart shape, right?

And the graphic is way cool. It appears monotone in most aspects, but turn the bottle to an oblique angle to the light and dang if that moon does not indeed turn gold. That is as sweet a trick as one can possibly create on a gin bottle label.

But we were fooled before. Uncle Val’s has an equally cool label.

I think we could leave it at that. But, well, maybe one short photo series to end on a high note. This is yours truly having a sip of Golden Moon.

…And Russ is even less generous 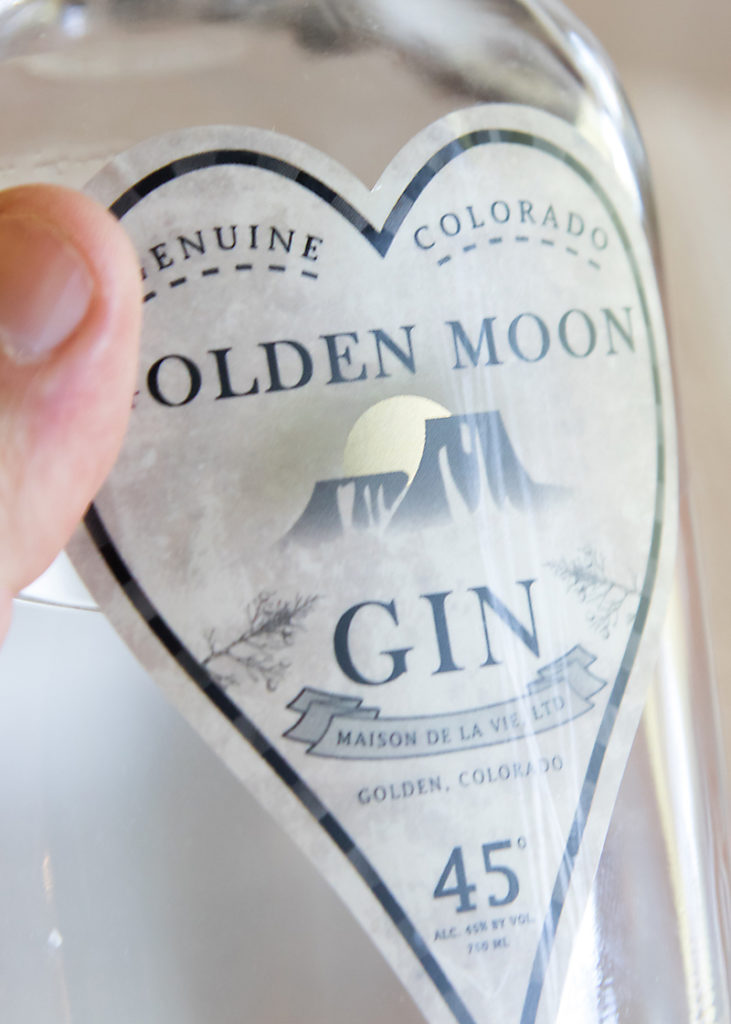 Tilt the bottle sunward and the moon turns gold. Or golden. Whatever. The gin still tastes bad, however.

I’m flipping through my tasting notes and here’s what I wrote down:

“Lavender and earthy on the nose. Perfume also. On entry more lavender, a bare hint of juniper and some mint lingers on exit. Maybe some lemon. A little earthy in the mid-palate, maybe some corn? Reminds me of White Tiger from South Carolina. Something in the background reminds me of clear whiskey or a mild bourbon. Got to be the corn.

I’m not sure what this ‘stuff’ is supposed to be and I probably tipped Jim off a bit when I handed over to him, after my taste tests, a bottle that was 85% full instead of half (or more) empty.

I kept my mouth shut and allowed Jim to come to his own conclusions, which is how we do things at Gin Gents.

His first text, a few days later went something like “Oh my God, WT(offensive letter of alphabet  omitted) is this?”

He didn’t make a reference to the gin but I guessed and texted in response “Talking about that gin?”

Russ: “You could tell from the amount left in the bottle I wasn’t sorry to part ways”

And so it went.

I then looked at the online reviews.

I always visit one gin site that will remain unnamed, although it rhymes with “The Gin is In” and I wasn’t surprised their review almost exactly mirrored the description the distillery had on their tasting notes. The site that rhymes with “The Gin is In” almost always finds their tasting to match the tasting notes of the distillery.

Even if the distiller claims their gin tastes “vaguely like the ice and small rock particles in the rings of Saturn”, those guys will taste it.

But we don’t do that. We’re willing to flirt with the Dark Side. Darth, Voldemort, Reality TV. That kind of stuff.

I can assure you this tastes nothing like gin if your idea of gin even remotely comes close to, well, gin.

Nope. This gin is how I imagine lavender-scented laundry detergent would taste like if one could drink that safely.

Or, as Jim hinted when he mentioned the word funeral, it tastes as if every flower at a funeral had its scent extracted into liquid form and poured into a bottle labeled “gin.”

Hell, over ice the stuff turned milky white in both our tastings.

And tonic water, whether cheap, expensive or one of those fancy stand-alone mixers like El Guapo failed to get rid of the floral nose and palate.

But as a flavor infused vodka or a product to add to your lawnmower’s gas engine to give off a nice floral scent for your neighbors while ramping up your engine rpm’s, Golden Moon is your go-to not-really-a-gin gin.

Just don’t garnish it with a flower. The flower won’t be able to compete.

We give it 1/2 of a Churchill only because it didn’t kill us. So far.