Distilled and Bottled in Alaska

Review and Photo by Jim Trotman

The third time was a charm here.

At my first taste, all I could summon was that I just didn’t get it. I sensed heat, yet a total lack of juniper and not so much of anything else. So I was dismissive. 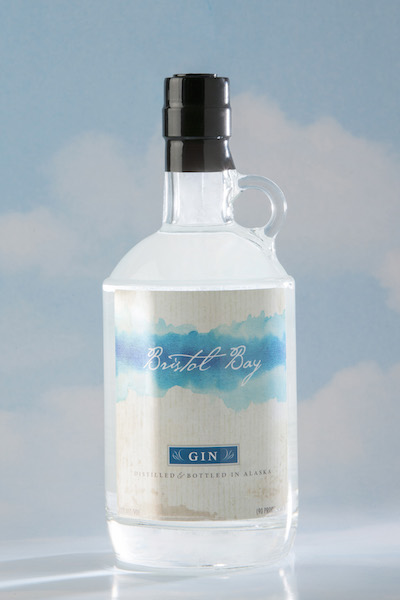 And then I took the bottle to photograph it for our reviews. As I was setting up I thought I might give it one more spin.

The bottle is awfully pretty after all and has a built in thumb ring. That has to account for something.

This time, I didn’t mind it. At all. I kind of started to actually like it. There was a kind of warmth right off the bat and as I let the sip sit there, the taste buds started signaling in. More spice note than flower notes and then a crisp, clean finish.

Then, feeling like a regular chemist, I mixed it with a little tonic and a lime and it was all quite pleasant. Still, even though I was almost giddy, Bristol Bay in my opinion is still pretty close to being more akin to a flavored vodka.

This isn’t a gin I would seek out for the gin taste, but it is clean and slightly bracing and will stand up to what ever you want to add to it.

For comparison purposes I made a gin and tonic with some of my brother-in-law’s left behind Skyy Vodka. Same ratios and both with a little lime squirt on ice. They tasted very similar, but the Skyy essence lingered a bit longer than the Bristol Bay.

And to be honest, Bristol Bay had a little more going on with the spice hints. But this was a subtle difference.

My hat’s off for trying something a little different. Alaska Distillery lists some twelve different vodkas on their site. Twelve vodkas. So why not push out one more and call it a non-juniper gin, right?

Love the vodka names they have; Frostbite, BUZZ Honey, Fire Weed, Purgatory Hemp (whatever that means) and of course, Smoked Salmon Vodka. I kid you not. Seriously, they recommend using it for a Bloody Mary, along with tossing in a chunk of Smoked Salmon for a “truly Alaskan experience.” Think I may just pass on that. I give it two and a half shakers or tumblers or whatever code we decide on.

Jim is slightly more generous in his review than I.

I was introduced to the Alaska Distillery aboard an Alaskan cruise in the Spring of 2014 on the Princess Lines. 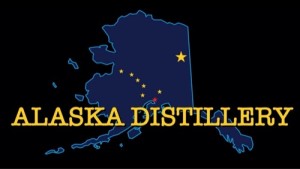 The distillery held several tastings of their many vodka iterations on almost every “sea day” of the 11-day excursion.

For the record, the Salmon vodka Jim mentions tastes more of smoke than fish, and the rhubarb vodka was surprisingly good, so much so that I brought two bottles home.

The distillery folks didn’t bring the gin on board, but I was able to procure a bottle in port and found another in a Virginia Beach liquor store.

I try gins three ways; au natural in order to get a sense of the nose and flavors without the influence of ice or mixers; next I make a shaken martini with no vermouth, and lastly, as a gin and tonic mix.

In it’s natural state Bristol Bay came off very hot on the palate and on the nose, the primary note was alcohol with just a hint of juniper–more like a whisper.

Shaken with ice and poured into a martini glass lent an entirely different profile.

There was still just a whiff of juniper on the nose, but the alcohol smell retreated significantly.

On the palate there was some heat immediately on the tip of the tongue, but from that point on, Bristol Bay proved itself to be a smooth martini with only minimal heat.

But what kind of martini? One had to struggle to find the juniper, but it was there. And something else–a slight hint of spice(s), but nothing I could readily identify. Not nutmeg,  anise root, cardamon or coriander.

Mixed into a gin and tonic I had a much different experience than Jim.

What I found was a refreshing, even bracing drink of tonic and lime with a slight sense of something in the background–but that something was not gin, nor did it stand up to the tonic. Rather, it was completely overwhelmed.

If you want a super smooth martini that resembles a vodka martini, but with a baby’s breath of juniper and spice, this might be a good gin to ease the transition from vodka martini’s to the real thing.

Mixed with tonic, or I assume, in a Negroni, Bristol Bay has little to offer.

Oh, it is distilled in Wasilla, Sarah Palin’s nominal home, and they really do go into the river and lasso icebergs that have calved from glaciers for the pure water component.